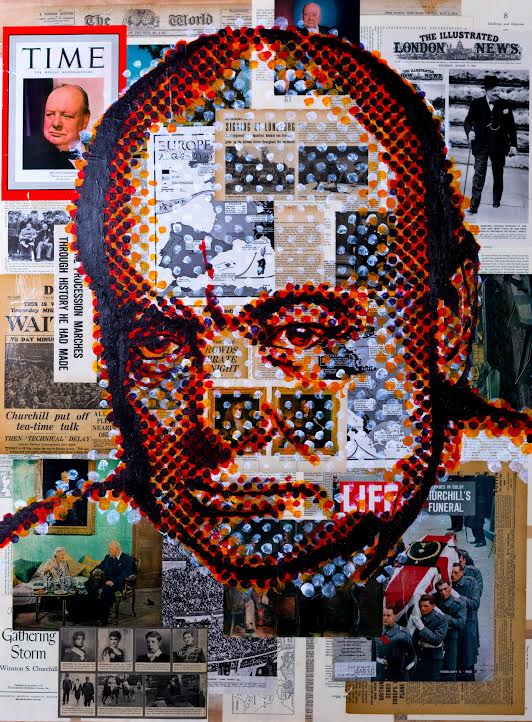 Churchill by Gillean Clark from Iconoclast

Winston Churchill was one of the great world leaders of the 20th century. His leadership helped Britan to stand strong against Hitler and the Germans, even when they were the last country left fighting. He is also famous for his inspiring speeches and quotes. Clark transforms his image in his Iconoclast series.