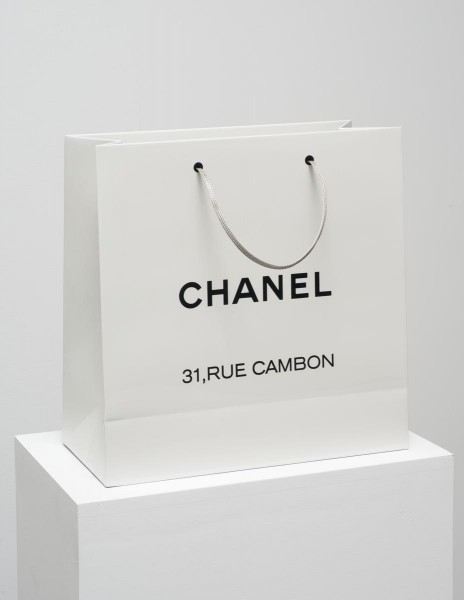 The product of designer wear is paralleled to the product of branding. Jonathan Seliger interprets products of mass consumption of consumer-oriented products.

The shopping bag, though empty of content, is a symbol of status and wealth creation.

Born in 1955, Jonathan Seliger graduated from the State University of New York at Binghamton in the year 1978, with a Bachelor of Arts degree.  Since his first solo exhibition in the year 1993, his work has been shown extensively in galleries and museums throughout the world.  His neo-Pop sculptures and installations provide viewers with a compelling re-contextualization of familiar, everyday objects such as traffic barriers and recognizably-branded shopping bags.