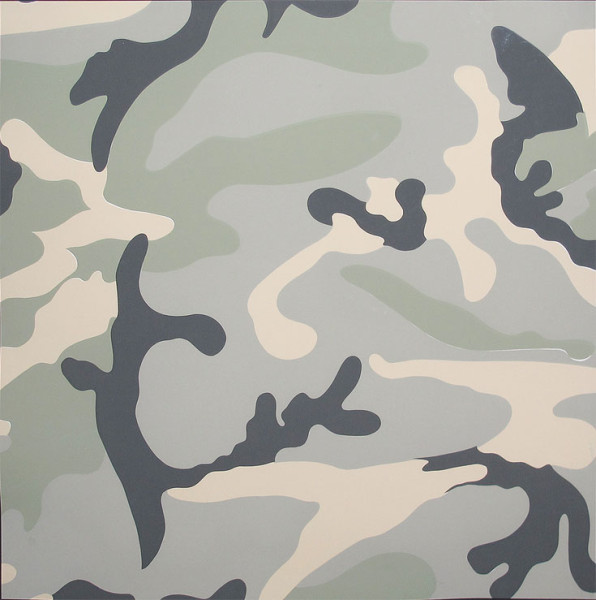 Warhol also collaborated with the fashion designer Stephen Sprouse to create a line of camouflage clothing. This apparel brought the association of war into high fashion: women dressed in camouflage gowns did not blend in, but instead attracted attention in urban settings.