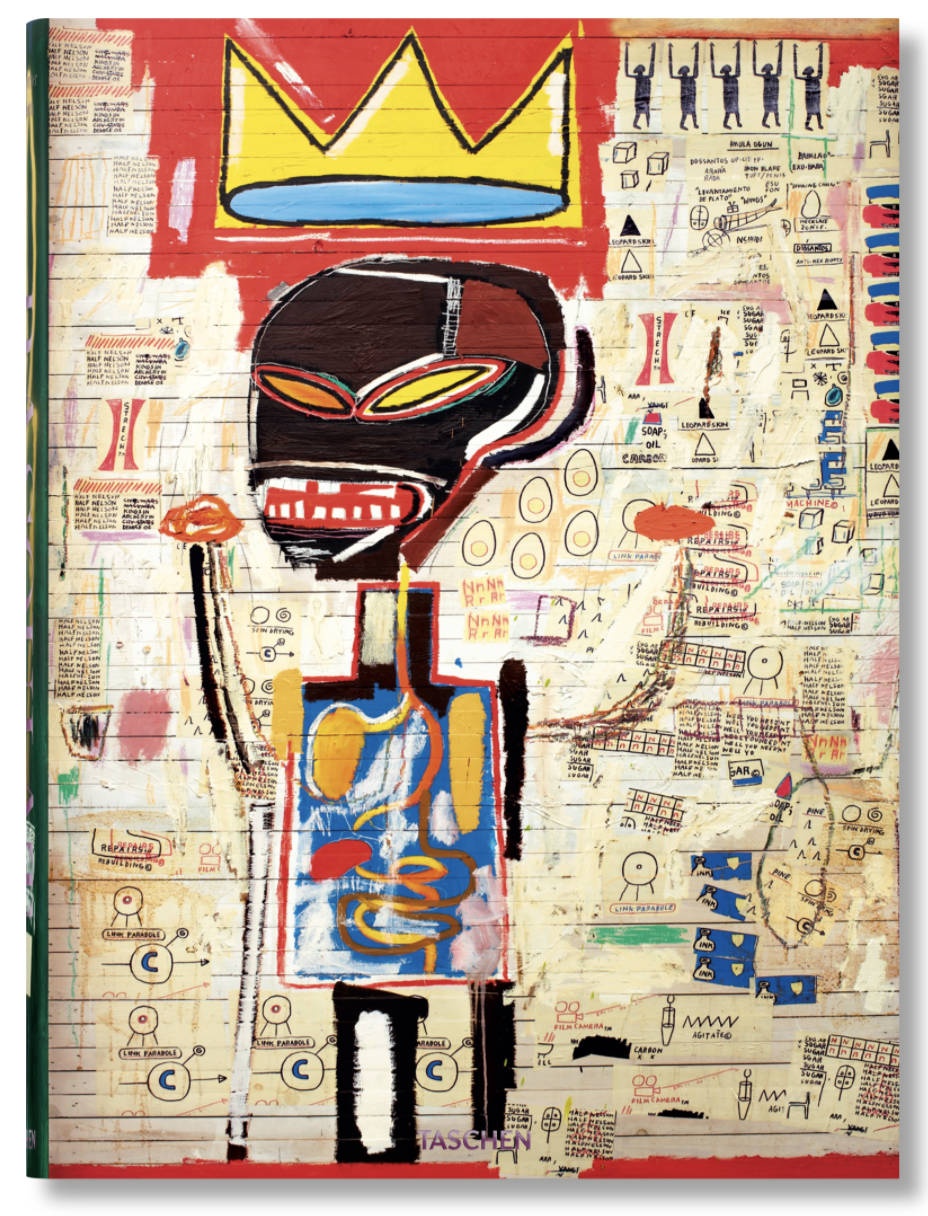 Get up close to the bold brushwork and scribbled words of Jean-Michel Basquiat, one of the most successful artists of his time. This XXL-sized monograph gathers Basquiat’s major works in pristine reproduction. Texts by editor Hans Werner Holzwarth and curator and art historian Eleanor Nairne introduce us to a legend synonymous with 1980s New York.

This book allows an unprecedented insight into Basquiat’s art, with pristine reproductions of his most seminal paintings, drawings, and notebook sketches. In large-scale format, the book offers vivid proximity to Basquiat’s intricate marks and scribbled words, further illuminated by an introduction to the artist from editor Hans Werner Holzwarth, as well as an essay on his themes and artistic development from curator and art historian Eleanor Nairne. Richly illustrated year-by-year chapter breaks follow the artist’s life and quote from his own statements and contemporary reviews to provide both personal background and historical context.