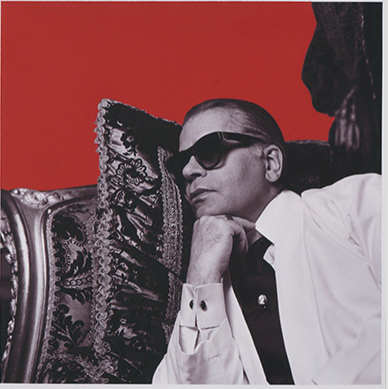 Betreff Karl by Michel Comte. Comte photograph’s some of the most well known faces in cinema, fashion, and even boxing. Intimate and direct, the viewer is confronted by the assertive demeanor presented through the central composition and neutral background.

Karl Largerfeld was a German creative director, fashion designed and artist who lived and worked in Paris. He was know as the creative director of the French fashion house Chanel, a position he held from 1983 until his death in 2019.