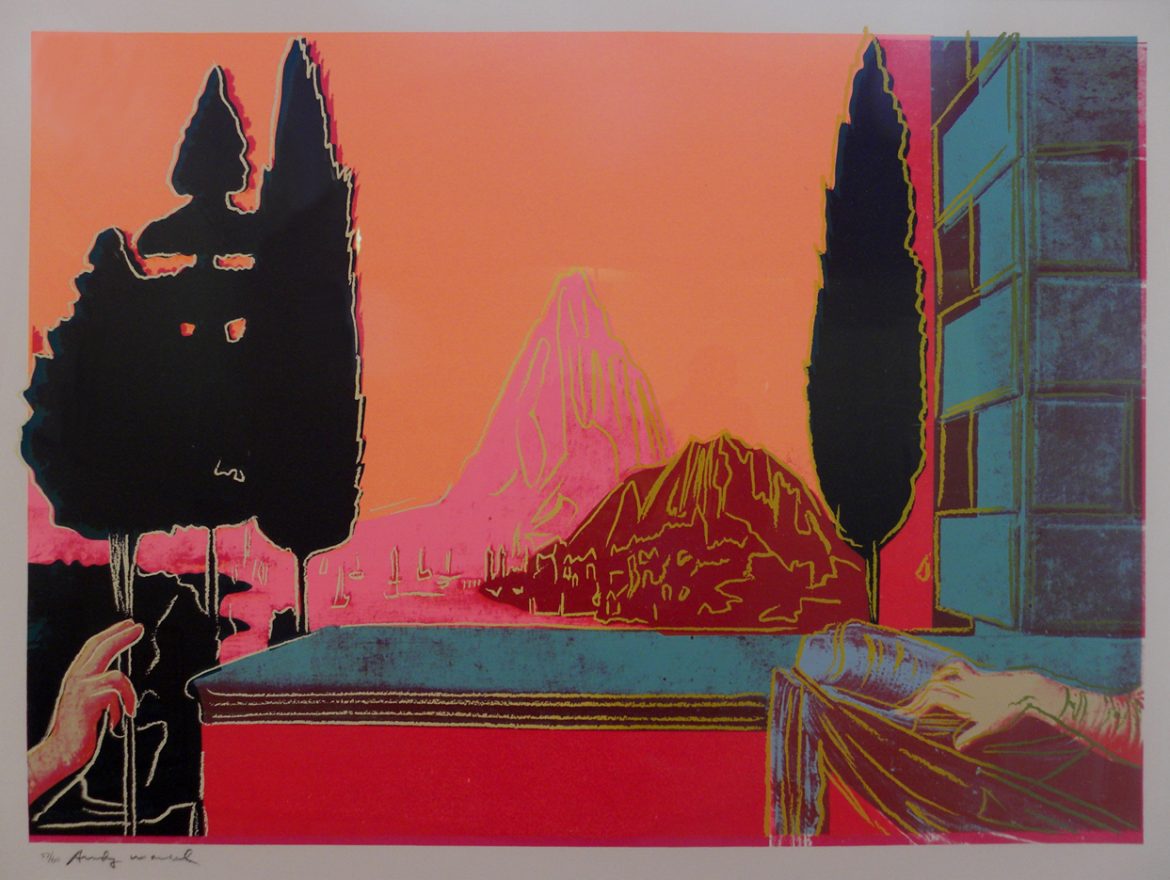 Warhol’s study of Leonardo Da Vinci’s 1472 work, “The Annunciation” is one in a portfolio of screen prints entitled “Details of Renaissance Paintings”.

Sold individually or as a set.

Warhol’s study of Leonardo Da Vinci’s 1472 work, “The Annunciation” is one in a portfolio of screen prints entitled “Details of Renaissance Paintings”.

Warhol had his first one-man show exhibition at the Hugo Gallery in New York. Four years later he was part of an important group exhibition at New York’s renowned Museum of Modern Art.

Warhol’s preferred printmaking technique was the screen print, more commonly known as the silkscreen. The technique was highly conducive to the artist’s idea of the proliferation of art. In the 1960s, Warhol began to paint quotidian, mass-produced objects such as Campbell’s Soup cans and Coke bottles. From 1962 forward, he produced silkscreen prints of famous personalities such as Marilyn Monroe and Elizabeth Taylor.

The essence of Andy Warhol’s art was to make no distinction between fine art and commercial art used in magazine illustrations, comic books, record albums, or advertising campaigns. Warhol once expressed his thinking in one sentence: “When you think about it, department stores are kind of like museums.”

By the 1970’s,  Warhol’s activities became more and more entrepreneurial. His process of producing art took a radical turn, and he spent most of his time making individual portraits of the rich and affluent such as Mick Jagger, Michael Jackson, and Brigitte Bardot. He founded his own night club and also a magazine, Interview. In 1975, Warhol published The Philosophy of Andy Warhol (From A to B & Back Again), wherein he provides the reader with his own broad definition of art: “Making money is art, and working is art and good business is the best art.” In his later years, he promoted other artists such as Keith Haring and Robert Mapplethorpe. Warhol died February 22, 1987, from complications after a gall bladder operation.