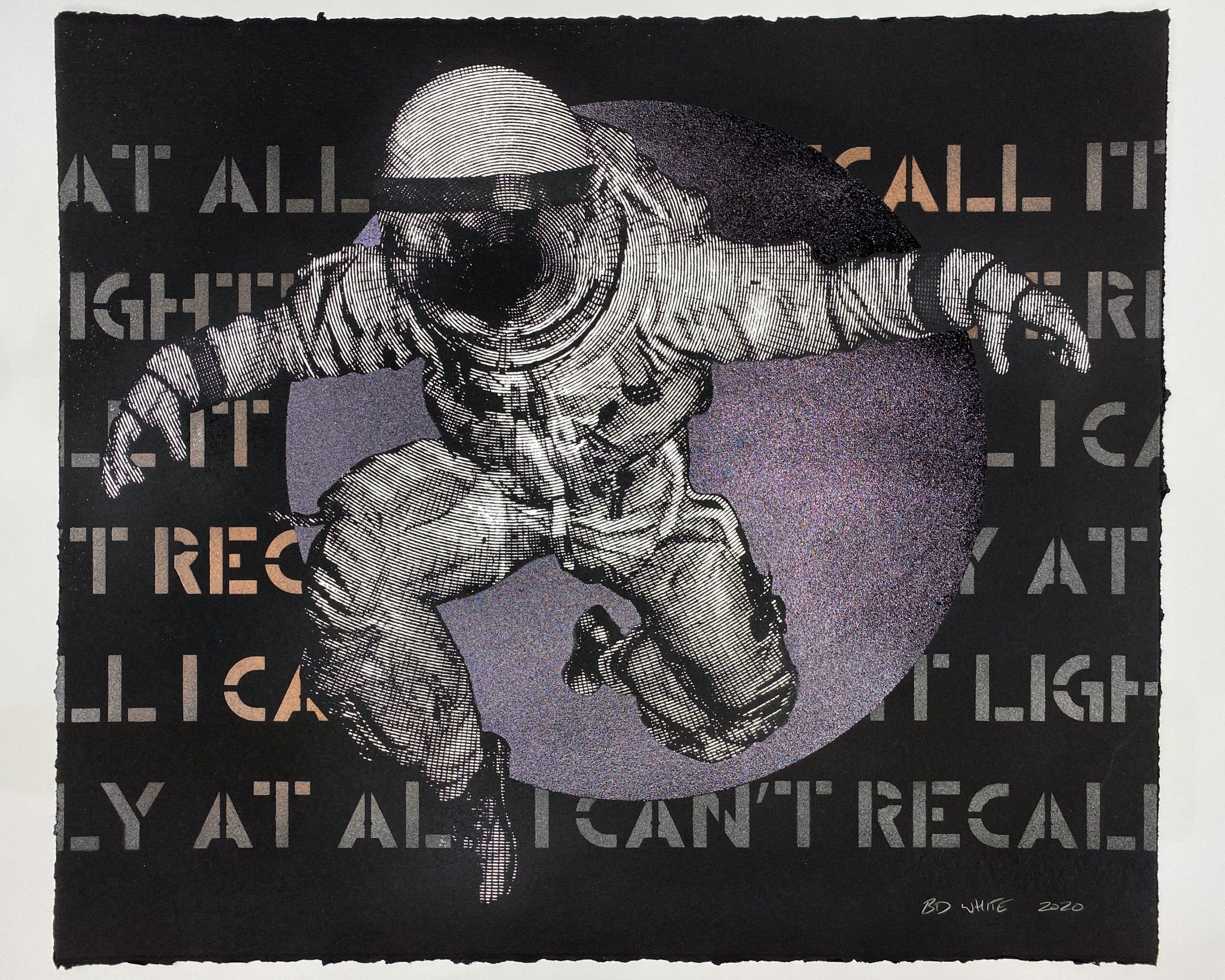 B.D. White entered the art scene by painting hundreds of streetlight bases throughout New York City. Despite his spinal injury, he earned a reputation as a prolific street artist using spray paint and stencils as his main medium.

From the beginning B.D. knew he was always going to be an artist. What he didn’t count on was a sporting accident at the age of 18 that left him with a broken back, paralyzed and in a wheelchair. The art world is highly competitive and getting the initial show or big break is sometimes slow in coming. Undeterred, B.D. decided to take his works directly to the public via the gallery known as the streets of New York.

What some call “street art,” B.D. dubs “mindful vandalism” and despite his inability to easily flee if discovered, B.D. began to create compelling art on the streets in both Manhattan and Brooklyn. Taking advantage of his seated position, his works were uniquely placed very low on walls and street lamps, areas where others may not have thought of using.

Inspired by Shepard Fairey’s style, B.D. has taken the stencil technique to unprecedented levels of complexity; utilizing hundreds of stencil layers per painting. The works are visually stunning, however the concept and message are most interesting. B.D.’s recent works depicts an astronaut in multiple states of movement, sometimes alone, sometimes entwined in a tragic embrace with a female form. The astronaut represents man at his most lonely and distant self, though present in many of the paintings with the female love interest, the seemingly insurmountable obstacle of love lost, and longing is obvious.

B.D. White is not the first artist to overcome physical limitations. When his hands became to arthritic to paint, Renoir strapped brushes to his wrists and continued on and Chuck Close overcame near total paralysis to continue as one of the most significant living American artists. B.D. expertly demonstrate that nothing can dampen or contain an artist’s almost instinctual, obsessive need to create and share with the world.

To date, B.D. has shown in group exhibitions in New York, Los Angeles, Las Vegas, Chicago, Miami, and Berlin. An installation at the World Trade Center, exposure at Scope Art Fair during Art Basel in Miami, Two solo shows in Manhattan, a window display at Saks Fifth Avenue as well as his continued work on the streets of New York; have garnered him a strong and growing collector base.