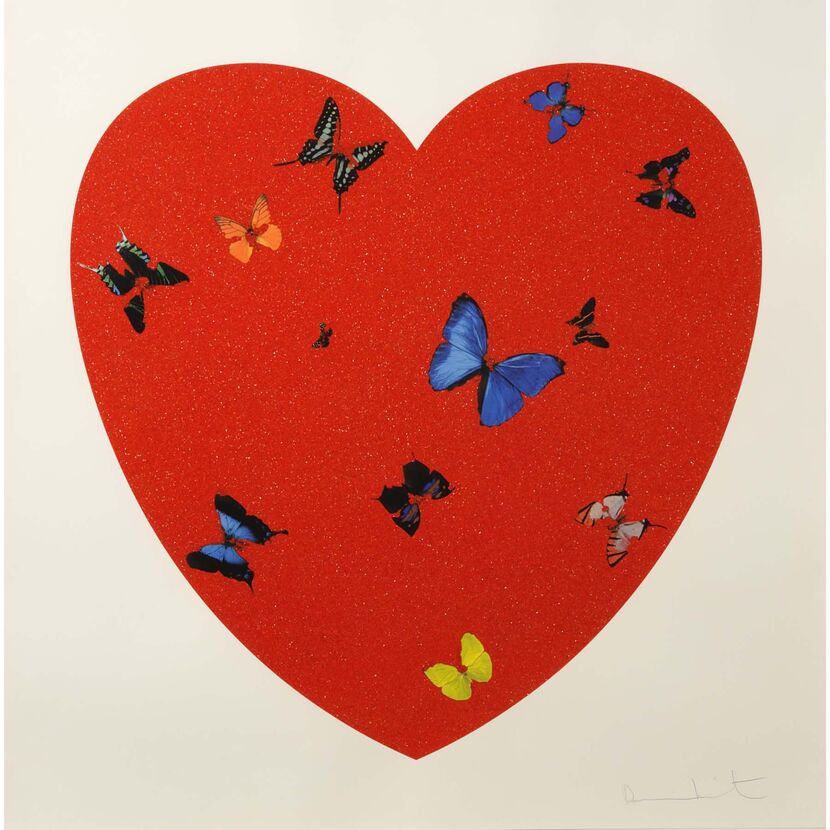 All You Need Is Love, Love, Love By Damien Hirst.

Available with or without diamond dust.