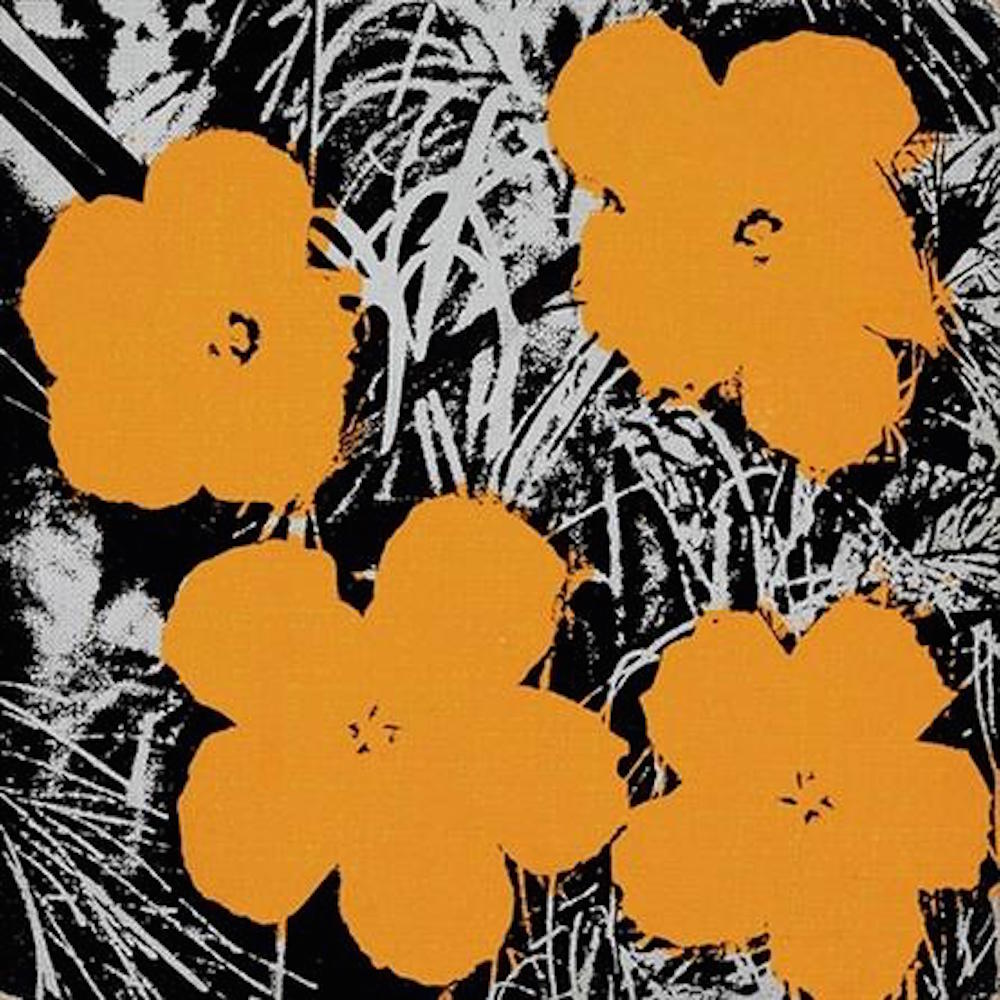 In an effort to blur the boundaries between “high art” and “low art”, Warhol systematized his method of art production from traditional painting techniques to printing decorative motifs on canvas.