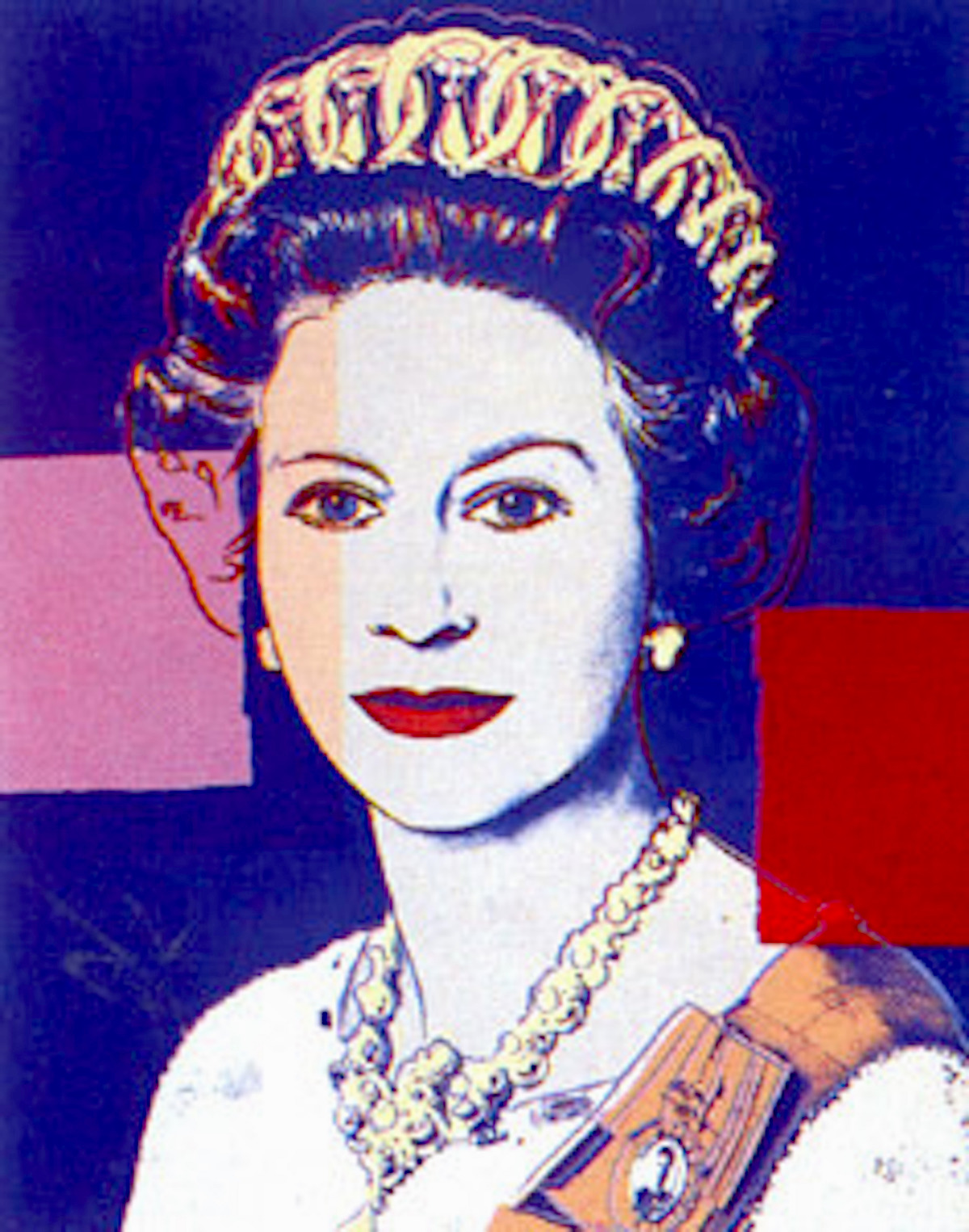 This Portfolio was created by Andy Warhol in 1985 and featured four different queens. The first series of this portfolio includes four works on Queen Elizabeth II of the United Kingdom.The colorful screenprints  are based on a formal photograph of the queen wearing a tiara and necklace that was used during her Silver Jubilee celebrations in 1977.

In 2012, they formed part of the Portraits of a Monarch exhibit at Windsor Castle.

Queen Elizabeth’s portrait is made from a photograph taken in 1977 for her Silver Jubilee. The photographic silkscreen technique used is central to Warhol’s practice, employed in both his prints and paintings.

The same basic image of each queen appears in each of her four prints but they vary in color. This print has a primarily red background, and features graphic shapes printed from separate screens. Warhol began working in this style in the mid-1970s, fragmenting the image with various overlaid shapes and patches of color. In contrast to his earlier prints where the appearance of impersonal, mechanical reproduction was essential to their meaning, these interventions in the image gave the work a deliberately ‘artistic’ look. In many of his female portraits, such as here, the multicolored surfaces and suggestion of make-up enhance the glamour and femininity of the subjects. With characteristic ambivalence, Warhol explained his additions to these later prints as immaterial:

‘I really would still rather do just a silkscreen of the face without all the rest, but people expect just a little bit more. That’s why I put in all the drawing.’

The loud and vivid use of color sparks attention to the subject and creates a solid movement around the portrait drawing attention to her piercing eyes and gentle facial renderings.Completed by Warhol in 1985, the Reigning Queens series includes Queen Elizabeth of the United Kingdom, Queen Beatrix of the Netherlands,Queen Margrethe II of Denmark and Queen Ntombi Twala of Swaziland. Andy Warhol created the Reigning Queens series during the mid-1980s, arguably his most prolific period.