Emerging from the graffiti art scene in the East Village, Jean Michel Basquiat has never shied away from bold approaches to sharing his voice as an artist and influencer. Just one glance at his work gives the eyes a hard challenge of picking one spot to focus on. He seamlessly combines mediums such as crayon, acrylic, pen, and watercolor, which are often kept separate, to expose his emotions behind the work. 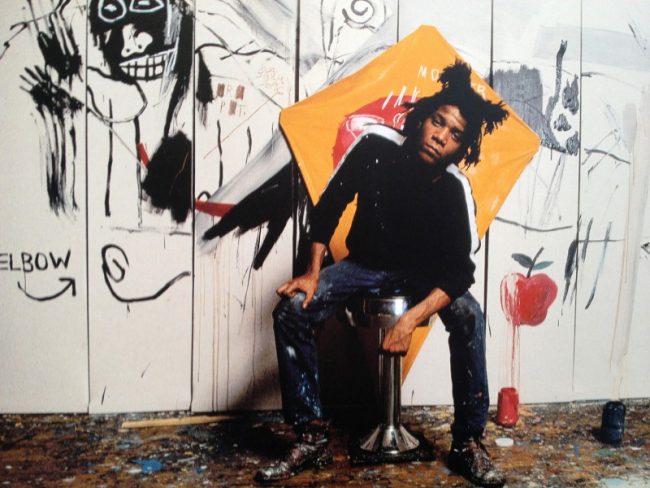 Basquiat’s combination of art and meaning can be seen throughout his career as an artist, starting from his graffiti designs where he was undercover as “SAMO.” While he began sharing art under his own name and developing a greater personal style, he still always stuck true to sharing a meaningful message throughout his collections.

Basquiat’s works on paper carry over his earlier style of graffiti, through aggressive strokes and unexpected material combinations. He takes his first-hand experience with segregation and alienation, and releases it through using various symbols and harsh strokes.

Currently being offered are a collection of five artworks, “Untitled” (The Leonardo Da Vinci Suite). This particular range is rendered on rice paper, which has a delicate touch that highly contrasts the swift strokes of charcoal and pencil smudged on each page. The thought out depictions have a rather primitive aesthetic, in order to directly expose Basquiat’s message. 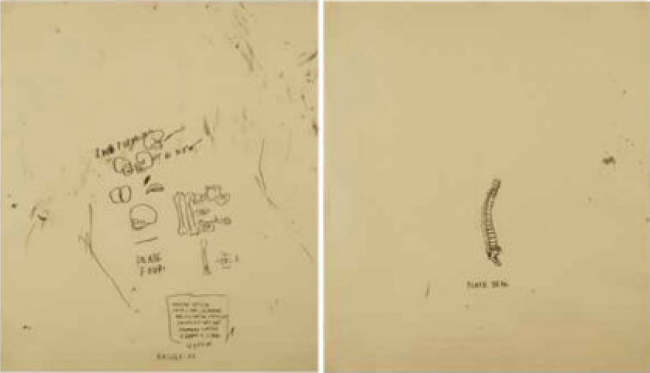 The Untitled (From Leonardo) Portfolio is inspired by the book Gray’s Anatomy, which he was given at the age of seven, along with Leonardo Da Vinci’s notebooks. He captures the realistic qualities of an anatomy book with the journal entry qualities of Da Vinci’s notebooks. He of course also applies his own spin by adding harsh scribbles and words.