Jasper Johns began his art career during the 1950s, a time where artwork was shifting from expressionism to pop art and minimalism. He went against the grain by proving that art could be made from any simple object, and have a transformed meaning through the eyes of the artist and viewer. 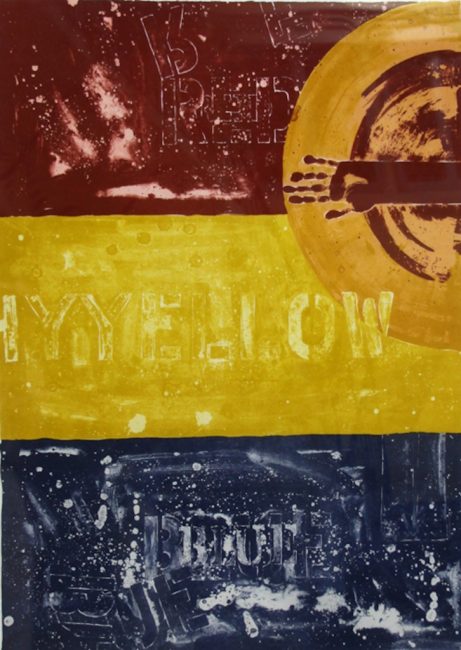 Born and raised in a small town in Georgia, Johns always had an internal need to create, but he lacked any adult mentor to lead the way. “In the place where I was a child, there were no artists and there was no art, so I really didn’t know what that meant.”

At the start of the 1950s he moved to New York City, throwing himself into the culture of emerging artists. He quickly found his way amongst some of pop art’s biggest influencers, and began to develop his own persona as an artist. One of his earliest inspirations was an exhibition by DuChamp, where he was intrigued by the crossover of art and ‘readymade’ objects. He took this concept and combined it with his ability to collage and piece together unexpected items. 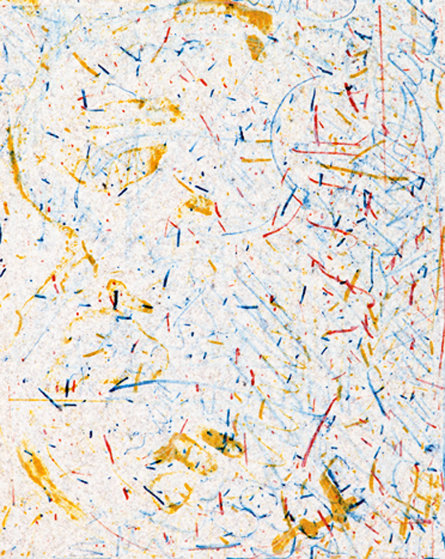 One of Johns’ most well known works is ‘Flag,’ where he takes an object people are so used to seeing, and then presents it in a whole new way. Johns destroyed almost all of his artworks prior to his flag creation sharing that the pieces had been done with the spirit that he wanted to be an artist, not that he was one. His minimalistic approach put an emphasis on his perspective that “artfulness is a way of experiencing an object, the object is not important.” This concept can be seen in his use of targets, numbers, and light bulbs- which to him meant more about viewer perception than the actual object. 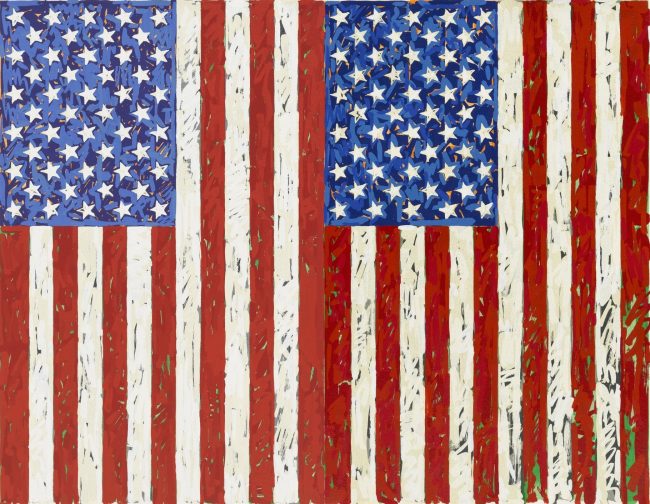 Later in Johns’ career he began playing with the canvas as a three dimensional tool. He blurred the line between painting and sculpture by building works on top of canvases, introducing an entirely new method of creating. Johns also had an interest with the deconstruction and repurposing of maps, and became known for his ability to recreate maps simply out of their original materials. 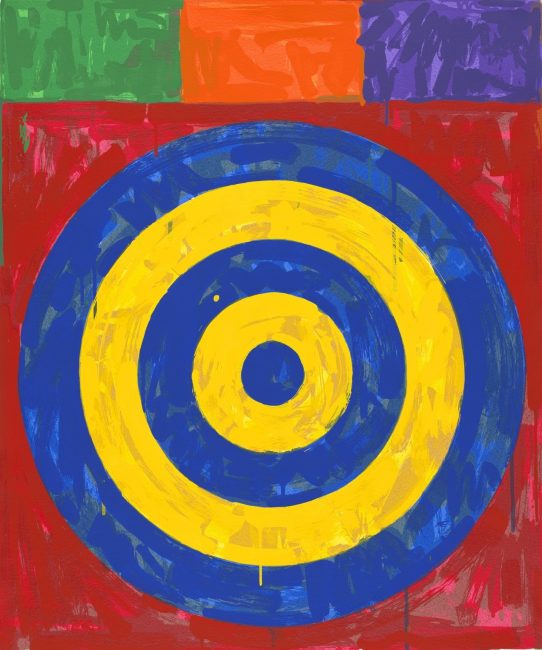 Johns challenged viewers to reinterpret their perception of art, and to enjoy art for the experience. He found the process of creating just as important as the end result, shifting to the creation of prints. In this period he played with the concept of seeing and disguising, by superimposing multiple numbers into one big form, that could only be reinterpreted once looked at up close.

Johns still stands as as inspiration to artists today, proving that art can be made out of anything, as art is about the experience and the process, not just what is plainly seen.