The Ads Portfolio of prints by Andy Warhol is one of his most sought after and iconic sets of prints. This Andy Warhol portfolio includes images of Judy Garland and the iconic Paramount logo . The Ads portfolio is made up of ten screen prints on Lenox Museum Board by Andy Warhol

His beginnings as a product marketer heavily influenced his artistic career, in which he glamorized and transformed everyday objects, like soup cans and cleaning supplies, into works of art. So in the 1980’s when Feldman Fine Arts commissioned Warhol to create his Ads series, Warhol was in his element. The portfolio consists of Mobil, Blackglama (Judy Garland), Paramount, Life Savers, Chanel, Rebel Without a Cause (James Dean), Van Heusen (Ronald Reagan), The New Spirit (Donald Duck), Volkswagen, and Apple. These images that make up Warhol’s Ads Series reflect Warhol’s fascination with American consumerism.

Connecting with consumers while representing a perfect balance of image, text, and simplicity, this ad achieved the seemingly impossible task of revamping Volkswagen after Hitler had formerly adopted it as his favorite car. Warhol’s piece pays homage to the genius of this Lemon. Volkswagen ad, conveying the beetle in a bright grass green against a royal blue background. The text on the bottom clearly stands out, with its famous closing line, “We pluck the lemons; you get the plums.” Like the Volkswagen company advertising its automobiles, Warhol’s Ad series serves as a form of advertisement for Warhol’s artwork, blatantly acknowledging the commercial nature of American society and urging consumers to continue buying iconic imagery that will forever proposition them with a new and exciting product. 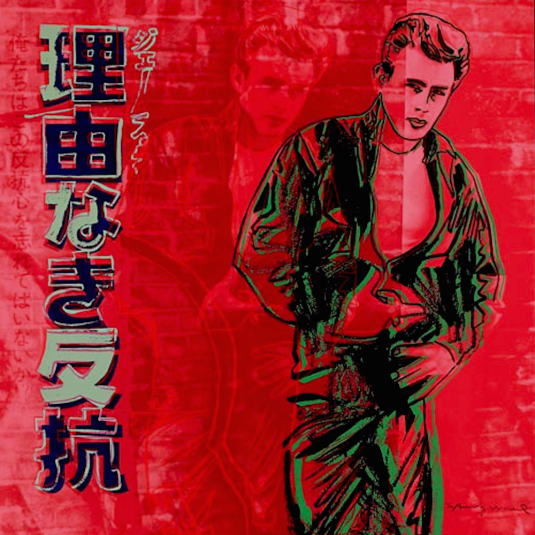