The monopoly Man is the signature character of Alec Monopoly’s work. He is symbolic of the times and is satirized in Alec’s colorful work.

Street artist Alec Monopoly takes his name from the transaction-based board game in which players buy and sell property, accumulate money, and try to make their opponents go broke. The artist employs the character of Rich “Uncle” Pennybags, the game’s suited mascot, to deliver his critique of capitalist greed in his paintings. In Alec Monopoly’s tableaux, done on city surfaces or on newsprint and framed, the mustachioed character sprints with a moneybag under one arm, laments the lack of universal health care, and gets beaten by a policeman with a bully club. Alec Monopoly uses a cartoonish style to comment on real-world problems, delivering a simplified and exaggerated message nonetheless justified in its decrial of a broken economic system. The first real figure Alec Monopoly painted was Bernie Madoff, whom he considers the ultimate symbol of financial collapse. He also uses cartoon characters Scrooge McDuck and Richie Rich in his paintings. 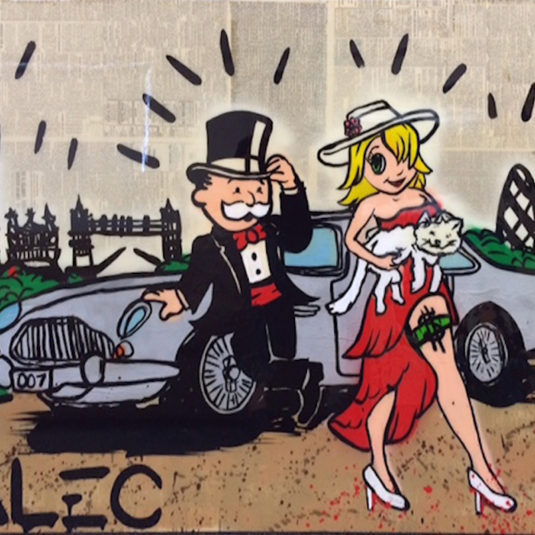 Goldie and Monopoly in London by Alec Monopoly

Goldie and Monopoly in London by Alec Monopoly 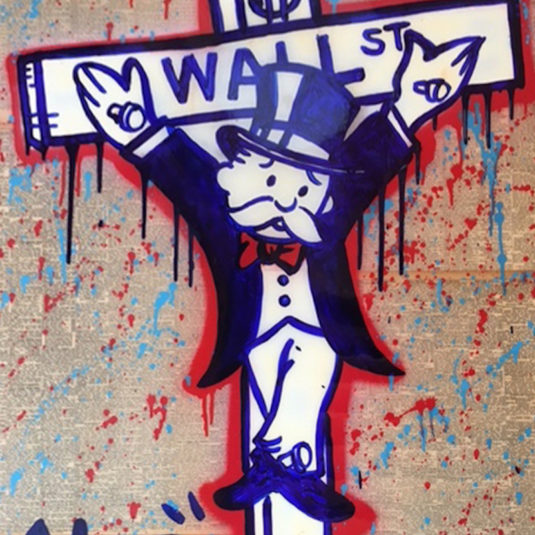 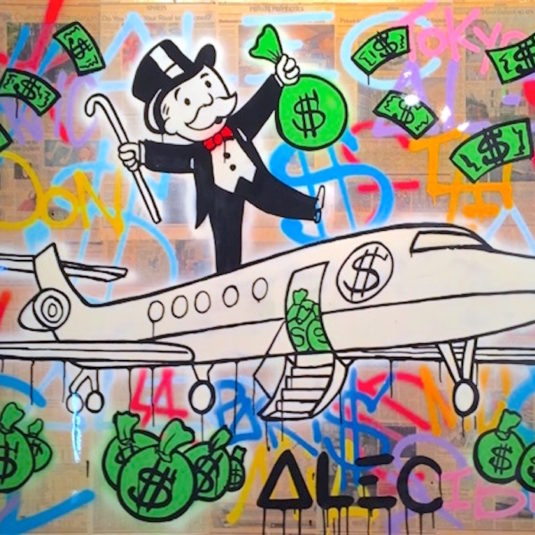 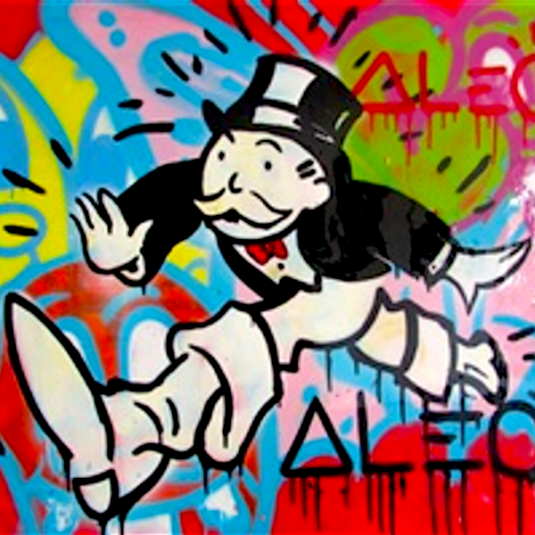