Between 1955 and 1957, Warhol was the sole illustrator for shoe manufacturer I. Miller and made new drawings of shoes each week for ads in the New York Times. À la recherche du shoe perdu celebrates the central role shoes played in his early career and imagination. The title is a riff on Marcel Proust’s famous novel À la recherche du temps perdu (In Search of Lost Time, or Remembrance of Things Past). The captions, with their distinctive cursive lettering, were transcribed by Warhol‘s mother, Julia Warhola (or by assistants who imitated her handwriting). Warhol and his friends hand-colored the sheets at coloring parties. 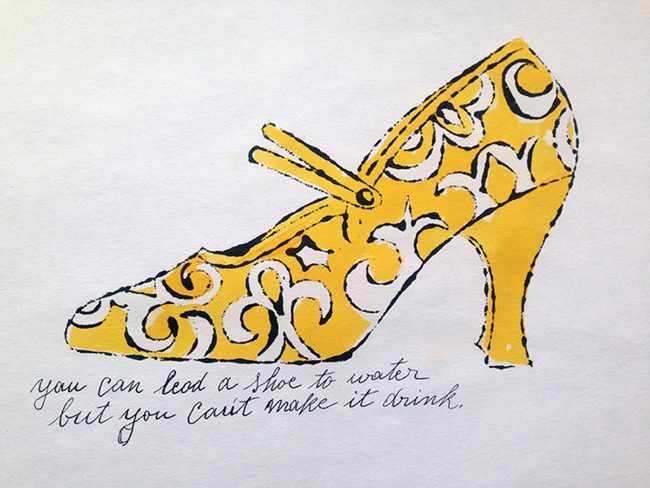 You can lead a shoe to water. by Andy Warhol 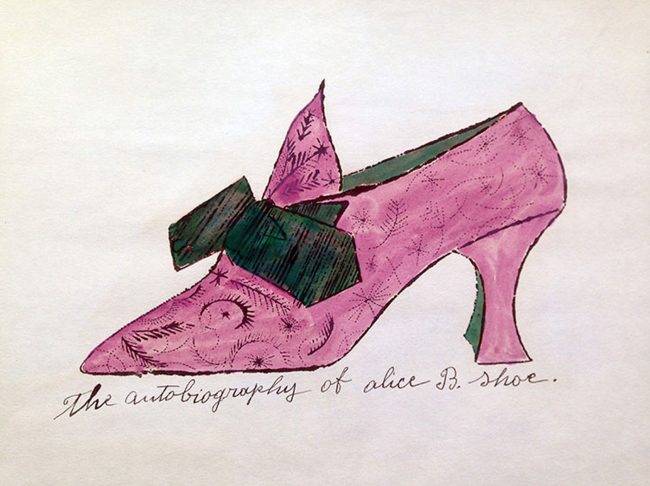 The Authobiography of Alice B. Shoe by Andy Warhol 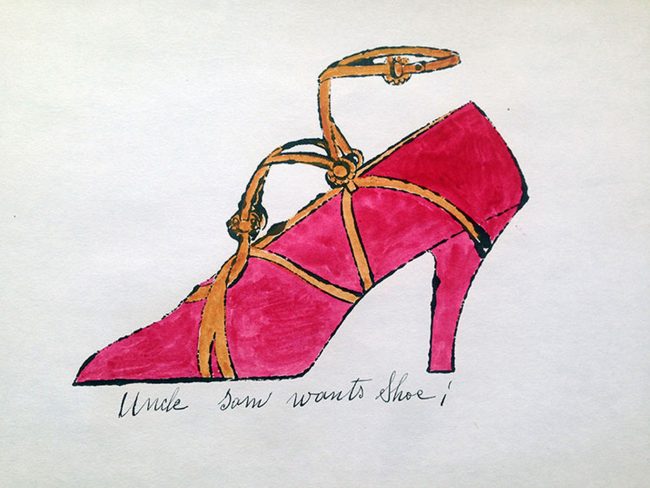 The offset lithograph component of the works (the black lines) were privately printed in New York by Warhol, who then applied the aniline dye watercolour in vibrant hues and tones to the fancifully titled shoes by hand. The calligraphic text was printed as part of the plate. Examples are seen with blue ink titling and signatures, but these are not authentic original works, as the original portfolio has no text in ink aside from a signature and dedication to the recipient which was written in ball point pen on the front cover. 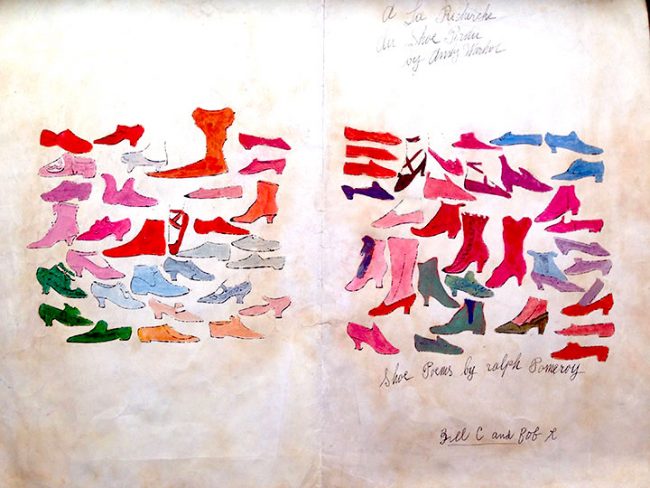 Warhol created 16 individual shoes, each 10 x 14″ plus the double size portfolio cover which is painted with small shoes on both front and back along with titling. Some portfolios also contain a double size shoe and boot measuring 25 x 19″ which is untitled, but this did not come with every portfolio. The same style boot was used for a separate work Gee Merrie shoes that Warhol printed and painted in 1956 for an exhibition at the Bodley Gallery in New York (some were also sold at Serendipity, the ice cream parlour in New York owned by Steven Bruce). An interesting side note is that Warhol originally offered MOMA in New York one of the shoes as a gift for their permanent collection but was rejected and had his work returned to him (a copy of the rejection letter is shown below). MOMA then exhibited the entire portfolio in 2015, Warhol won out in the end. 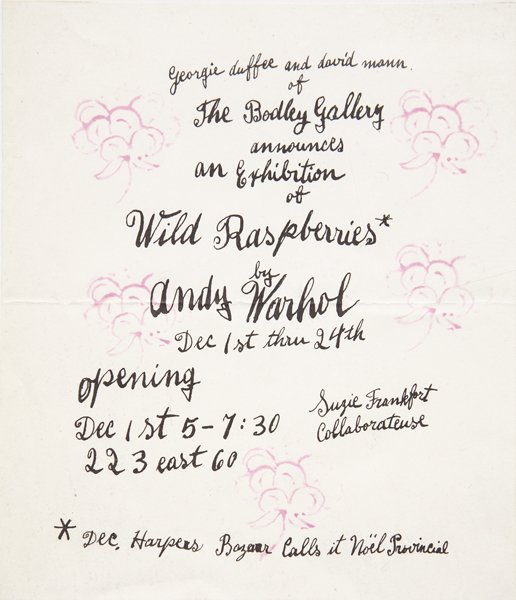 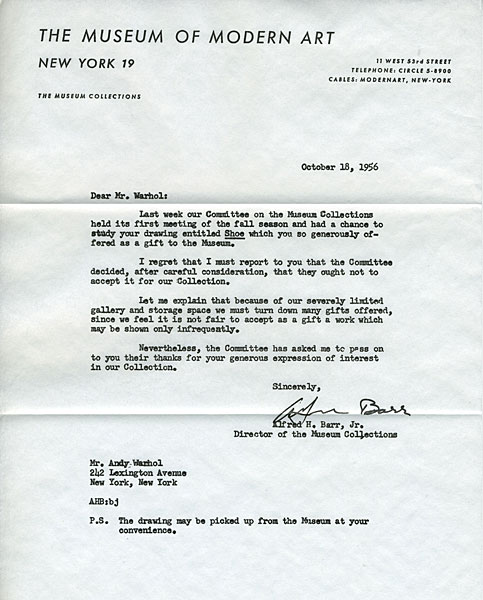 Guy Hepner is pleased to be able to offer the complete A La Recherche du Shoe Perdu portfolio for sale, complete with original cover signed and dedicated by Andy Warhol in blue ballpoint pen. For all enquiries please contact the gallery as below. 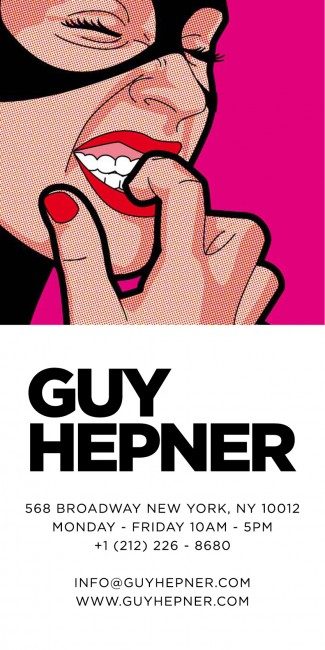